The three key topics to be discussed at the Monday, February 23, 2015 city council meeting are Takoma Metro and Takoma Junction development and a recycling requirement for city businesses and multifamily apartment buildings. The full agenda is on the city Web site.

I’ll tackle the easiest of those three items first, recycling, then cover the development items —

A proposed ordinance would require that Takoma Park businesses recycle cans, bottle, and paper goods, matching a Montgomery County requirement that was imposed back in 1993 and revised in 2005 that does not apply in Takoma Park. The city ordinance, if enacted, will close a huge loophole: Business recycling makes sense.

[Revised February 23:] The ordinance would strengthen the city’s recycling requirements for larger multiunit apartment buildings, requirements that have been in place since 1993. (Our law would be more stringent than a Maryland state law enacted in 2012.) It would refresh existing city recycling code, which is now over thirty years old.

The draft ordinance is online. The council will discuss it — the provisions, benefits, and costs — at Monday evening’s council meeting. We will then, presumably, vote on the ordinance in the weeks that follow. 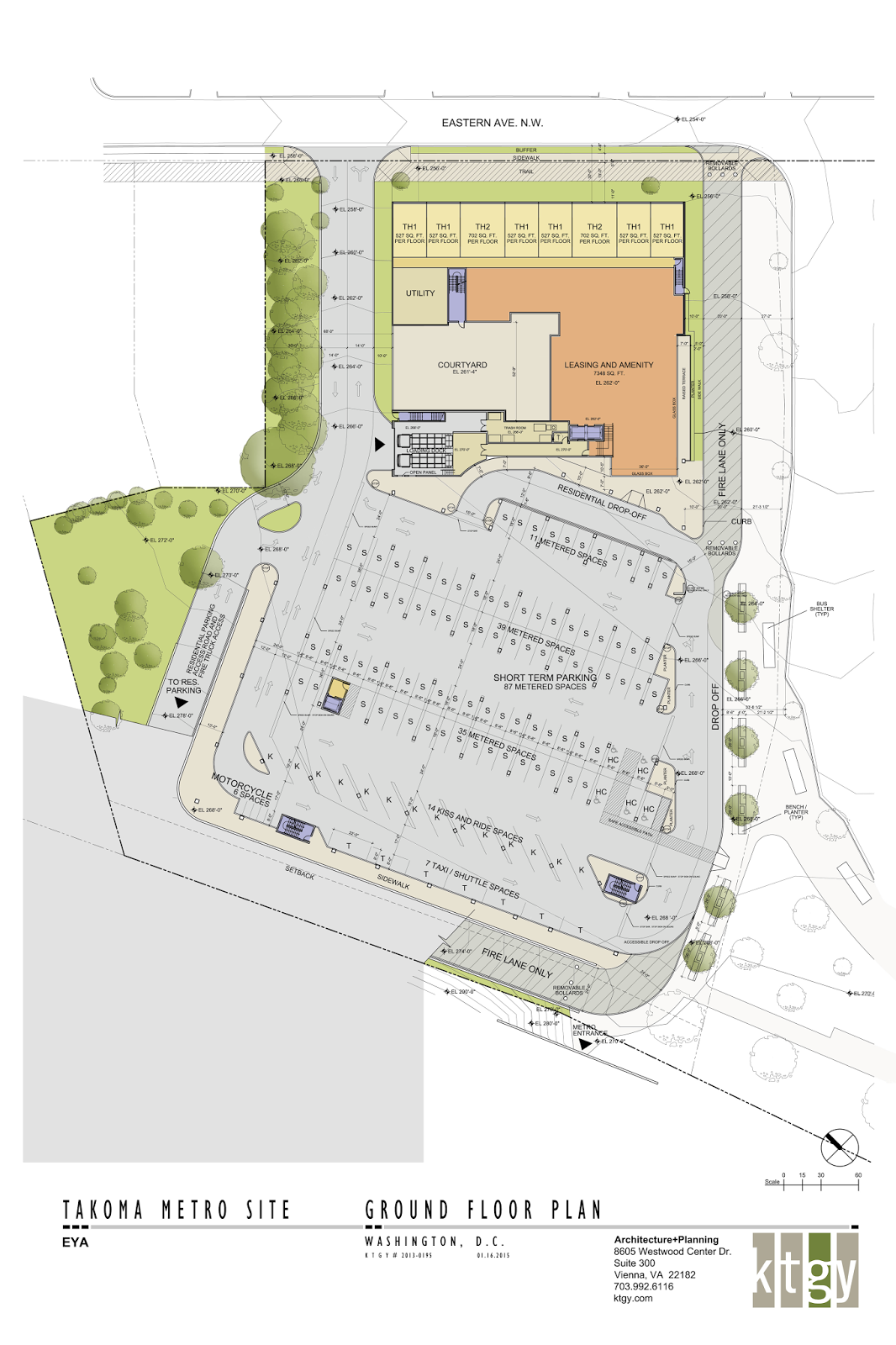 I’ll start with a Takoma Metro development refresher, then describe current status, and then tell you how you can comment to the WMATA board on development plans.

A refresher: The WMATA board voted last March to enter into an amended joint development agreement (JDA) with developer EYA. EYA plans a 200-unit residential apartment building in place of the current Takoma Metro station parking lot. A new transit-user parking facility, with fewer spaces, would be located under the new building.

Current status: WMATA held a public hearing on the proposed development on June 18, 2014. WMATA staff has prepared and released a draft report on the hearing. The report and a variety of exhibits, including a revised site concept plan, are posted on the WMATA Web site.

Once the board accepts the public hearing staff report, developer EYA is expected to submit a “planned unit development” (PUD) application for District of Columbia zoning approval. A PUD is required because the site design does not conform to the site’s zoning. In particular, the planned building rises to a height of 69.5 feet within zones that limit building height to 40 and 50 feet.

That 69.5 foot height is actually a reduction from the last design released. In addition, WMATA and the developer relocated the loading dock to the side of the building and reduced the number of parking-access lanes from three to two, increasing the width of wooded green-space to be preserved, on the uphill side of the site, to thirty feet. The developer also substituted two-story units along Eastern Avenue NW, increased the setback from Eastern Avenue, and moved the step-back to maximum building height farther from the Eastern Avenue frontage. These are positive steps although they fall well short of changes WMATA and the developer can and should make to respond to the community’s, and the city’s, concerns.

The Takoma Park City Council will consider a resolution commenting on the draft public hearing staff report, at Monday evening’s meeting. The draft resolution on the city Web site is not the latest draft, however; see this revision. The council may make additional changes.

The draft resolution references a document with detailed comments. The draft is online.

A key point: The design’s oversupply of residential parking — an estimated .55 parking ratio for a building located directly at a multi-modal transit hub — is antithetical to smart growth principles. It’s also contrary to the WMATA board’s direction to staff and the developer “to minimize the number of the project’s residential parking spaces in order to promote greater transit utilization by residents and reduce traffic impact.” The in-process Washington DC zoning rewrite would set a minimum (by right) parking ratio of just .17 (1-to-6); the current design includes over three times the DC-determined minimum so fails to meet the “minimize” directive.

Please relay your thoughts about the draft resolution and city comment to the council, by testifying Monday evening at 7:30 pm or by e-mail to clerk@takomaparkmd.gov or to council members individually.

To comment to WMATA directly: Per the WMATA Web site, “Comments on this Draft Public Hearing Staff Report must be received by 5 p.m. on Monday, March 2, 2015 and may be submitted via email to writtentestimony@wmata.com, faxed to 202-962-1133 or mailed to WMATA; Office of the Secretary; 600 Fifth Street, NW; Washington, DC 20001. Please reference R14-01 in your submission.”

The city’s position calls for a building height within zoning limits without any exception and for a steep reduction in the number of residential parking spaces. If you want to keep your own comment simple, ask for these two things. If you wish to submit comment in more detail, do review the draft city materials using the links I have provided.

During the public portion of Monday evening’s meeting, the council is slated to discuss Takoma Junction redevelopment next steps.

The city’s Takoma Junction schedule tentatively calls for March 9, 2015 selection of a developer. Whenever we make that selection, I expect we will incorporate certain conditions in the development agreement. They include reaching agreement with the TPSS Co-op on design modifications and steps that will satisfactorily accommodate co-op expansion, operational needs such as truck loading access, and business continuity for the duration of construction.

I will plan to post an update summarizing the outcome of Monday evening’s meeting.

If you wish to comment at the council meeting, your opportunity will come at 7:30 pm, at the start of the public meeting. Otherwise, please communicate your thoughts and concerns to me at 301-873-8225 or sethg@takomaparkmd.gov, or send your comment to clerk@takomaparkmd.gov for distribution to the whole council.