The City Council will consider changes to Takoma Park alcohol-sale licensing at our Monday evening, January 5, 2015 meeting. The item is part of the Discussion of Legislative Items that is scheduled for 8:15 pm. 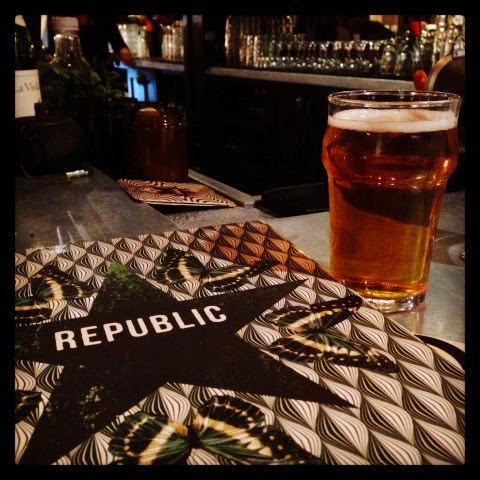 The council agrees on two specific aims, to allow off-sale (take-away sale) of beer and wine by the TPSS Co-op and to allow sales of house-brewed beer, for on-premise and take-away consumption, by Republic restaurant. Do note that these changes would apply throughout Takoma Park and not only for the co-op and Republic. Currently, only a restaurant that has a license for on-premise alcohol sales may apply for an off-sale license, outside the areas annexed from Prince George’s County in 1997. That system was put in place in 2011, with a sunset provision removed in 2014.

We would simplify licensing by eliminating Takoma Park alcohol-sales provisions so that Montgomery County rules would apply, with the retention only of special licenses granted in the portion of Takoma Park that was annexed from Prince George’s County in 1997.

How will all this happen?

Alcohol sales are regulated by Maryland state law, so the changes require state legislation. The proposed changes are described in a council resolution that is part of the staff-drafted agenda material. There would be two state bills. We would ask the Montgomery County state legislative delegation to modify Bill MC 18-15 to cover Takoma Park, and we would ask our District 20 delegation to develop a bill to remove restrictions on the types of Montgomery County alcoholic beverage licenses available to businesses and organizations in Takoma Park while retaining the existing “TP” alcoholic beverage licenses.

Licenses for alcohol sales in Takoma Park are handled by Montgomery County, with input from the City of Takoma Park. This aspect would not change.

The city council expects to vote on a resolution on Monday, January 12. The wording may be altered from the January 5 draft, based on council-staff discussion and on public comment. You may comment on both January 5 and January 12 at 7:30 pm, or send you comment to the council at clerk@takomaparkmd.gov or contact me at sethg@takomaparkmd.gov or 301-873-8225.