The city will be awarding a new contract for general legal services — the city attorney function — in 2015. Strange thing, however: We received only two proposals in response to the RFP we issued in September. Simply put —

I do not believe the council can make an informed choice, in the city’s best interest, without inviting additional bidders.

Dozens of attorneys practice municipal law in Maryland. A couple of them already work for the city but chose not to bid. Kollman & Saucier provides our labor and employment legal services and Council Baradel supports cable-franchise agreement negotiations. A Council Baradel attorney told me she thought the procurement was wired for the incumbent. Now I’m glad that we did receive a proposal from the incumbent — the Silber and Perlman law firm has filled the city attorney role for 28 years — and one other firm, but we need more choice to ensure that we are getting the best available, on fair terms.

What should we do? The council should proceed with its December 8 interviews but should reopen the procurement, to invite additional proposals, prior to December 8. By acting prior to the interviews, we will make it clear that we are seeking choice, not finding fault. If we reopen after December 8, we will send the signal that the bids we received are lacking. Best to reopen now.

Let the council know your view if you wish, by e-mail to clerk@takomaparkmd.gov.

I expect to meet, the second week of December, along with city staff and perhaps a couple of council colleagues, with representatives of the Takoma Park Presbyterian Church (TPPC), the Takoma Park Child Development Center (TPCDC), one other church tenant, and maybe the Old Takoma Business Association (OTBA). We’ll talk about traffic and parking around TPPC, especially associated with TPCDC and school-bus drop-off and pick-up. The aim is to agree on steps that will lessen congestion around the church.

This meeting won’t solve larger Old Takoma parking problems. We’re all looking forward to the opening of Busboys & Poets in a couple of months, but patron parking on nearby residential streets will likely worsen existing problems.

The city has yet to hire the new half-time parking-enforcement officer that the council authorized earlier this year, but enforcement is only one tool. We’ll continue work done by OTBA Executive Director Laura Barclay to convince commercial property owners to open their parking spaces for public use. We may consider changes to the city’s permit system. We could extend hours for the 2A parking zone, which includes Tulip Avenue and the 7100 blocks of Holly, Cedar, Maple, and Willow, into the evening. If you live on one of those blocks, please let me know if that is an option you favor pursuing. 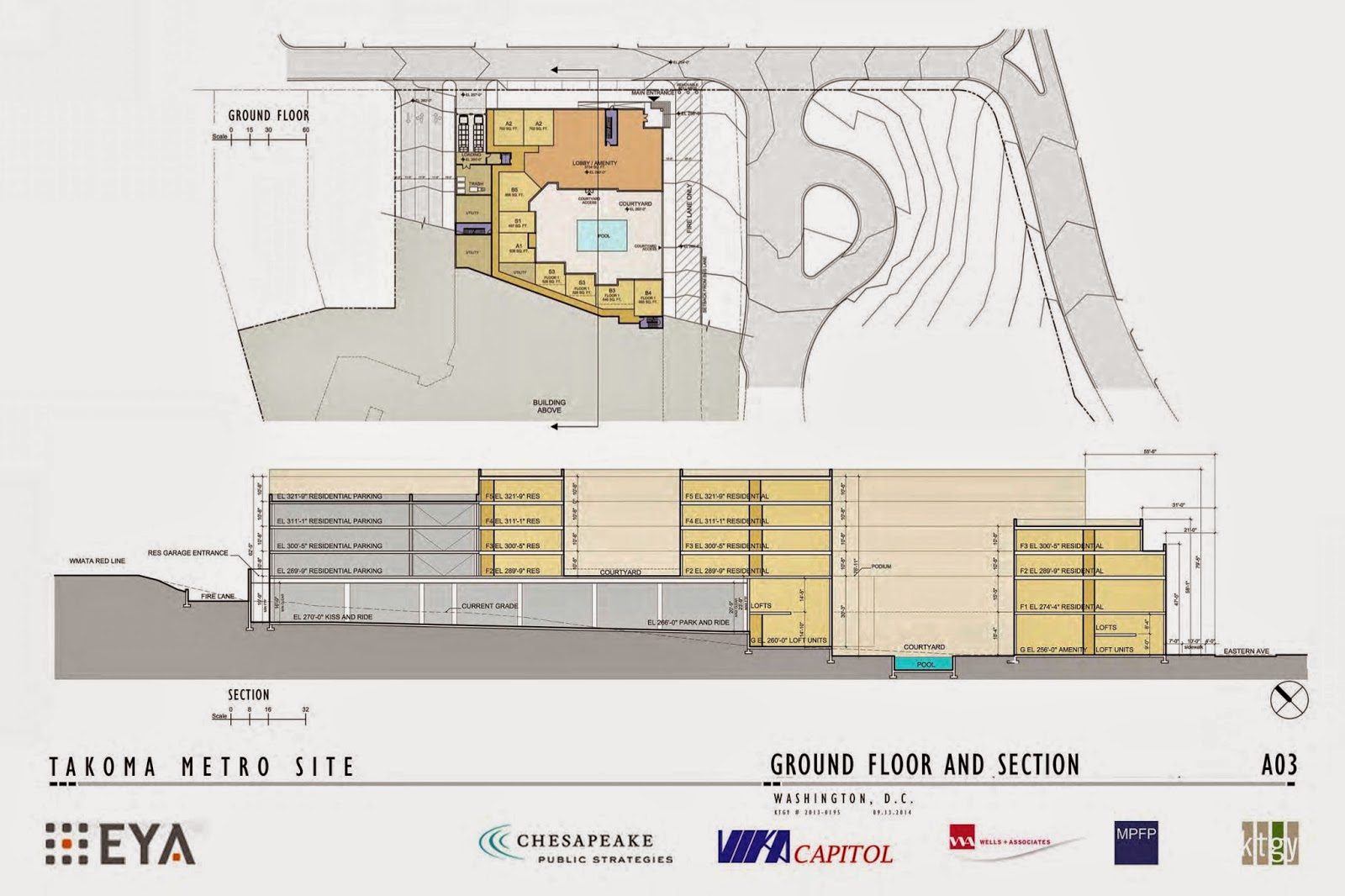 I’ve had a few queries recently about Takoma Metro development plans. There’s not a lot to report. WMATA held the required “compact” public hearing on June 18, 2014. WMATA staff are working on a report, which will be released for public comment and will then be submitted to the WMATA board for an acceptance vote. The developer, EYA, will have to submit a Planned Unit Development (PUD) proposal for approval by Washington DC zoning authorities, because the proposed design (radically) exceeds building height limits and is non-conforming with other by-right zoning provisions.

A small bit of good news is that EYA executives and their architects met with Takoma DC-Takoma Park community representatives earlier in November. They listened to advocacy of a smaller building with greater set-backs and preservation of the wooded lot immediately next to the development site, and of a drastically reduced number of residential parking space. However they seem not yet to have the will to make scale changes that would speed project approval, lower building costs, promote transit use, and answer neighborhood compatibility concerns. We’re working on them!

The city is moving to close a recycling loophole and refresh our residential recycling requirements.

We were going to close the loophole as part of the polystyrene ban that we enacted earlier this month — the Young Activist Act of 2014 passed on November 10 and bans food-service polystyrene material effective July 1, 2015 — but the matter turned out to be more complicated than expected.

At the same time, Public Works Director Daryl Braithwaite would like to refresh, to modernize, the city’s residential recycling requirements, which were enacted well over twenty years ago. So we’ll cover both needs in an ordinance that should come before the council early in 2015. Daryl, Councilmember Tim Male, and I will work with Assistant City Attorney Ken Sigman on a draft.

Please let me know your views on these and other Takoma Park city issues, at 301-873-8225 or sethg@takomaparkmd.gov.