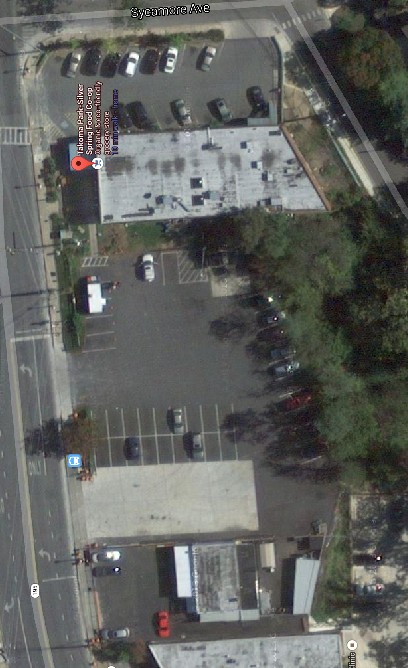 We encourage everyone to attend Tuesday evening’s Takoma Junction open house. You will have the opportunity to engage with and ask questions of the current potential developers and the TPSS Co-op about their concepts for Takoma Junction. The meeting takes place Tuesday evening, November 18 at the Community Center, from 6:30 to 9:30 pm. There will not be a formal presentation so you can drop by at any time. We will be there as well.

Takoma Junction progress to date has been in alignment with the recommendations of the Takoma Junction Task Force, a residents committee created by the council in 2010. The Task Force’s report is available online.

Here is a summary of some of the highest profile recommendations from the report’s executive summary that focus on the City-owned parcel, what has occurred since the report was finished, and how each recommendation has been addressed in the current concepts for Junction redevelopment.

The report (p. 4) recommends four uses for the parking lot parcel (which includes some of the woods):

All the initial development concepts under consideration for Junction redevelopment maintain or add to pedestrian and bicycle accessibility.

Consolidated parking for visitors and employees in the Junction

All of these actions have helped make the parking lot more useful to businesses and residents. All the initial development concepts we are reviewing would preserve public parking – questions remain about how much parking is needed and how the co-op’s parking would be configured, if it changed at all.

All of the development proposals include preservation or some improvement to the open space on the property. The council, community, and developers are still discussing lots of options that would maintain or enhance the wooded portion of the site. We are hearing from many residents that they would like to have continued community use on the property. Continue to send us your ideas on what you would like to see in terms of community use and open space.

All of the development proposals being considered incorporate expansion of the Co-op, consistent with the recommendation of the Task Force. No one envisions or proposes bringing out-of-character businesses to the Junction. Continue to send us your ideas on what you would like to see in terms of expanded business services on the property if there are more things besides Co-op expansion.

The report went on to make many, many additional recommendations. Here are some of the ones that got the most emphasis related to the City-owned property.

We are talking about development, as encouraged by the Task Force, and didn’t (but should have) put a two-story limit in place when proposals were requested.

The City directed and has reemphasized that development proposals provide for Co-op expansion and operational needs (especially loading space for service by semi trucks) and make provisions for continuity of Co-op operations during any construction. The City has invited the Co-op to present to the council and community and has included the Co-op inTuesday evening’s (November 18) open house.

The City Council expanded the area in which Old Takoma Business Association financial assistance could be used, allocated a specific portion to the Junction, and added the Junction to areas eligible for facade grants. For example, the signage at the bicycle store and laundromat have benefited from the City’s facade program technical assistance and grants.

Other elements remain TBD, to be done. But they are accommodated by the Takoma Junction revitalization process. Notably they include:

We offer a few additional points, regarding the Takoma Junction Task Force findings.

“City staff additional information (December 2011): It appears that the City cannot engage in negotiations for the long-term use of City property without entering into a bid process. City contracts (which would include a sales contract, as well as a lease or development agreement) are to be awarded by competitive sealed bidding or competitive sealed proposals unless one of the exceptions applies. None of the exceptions to competitive bidding would seem to apply.”

In sum, the City has implemented many of the Takoma Junction Task Force’s recommendations. Some are complete; others are in process; many are part of our plans, accommodated within our Takoma Junction revitalization process. We have accomplished a great deal in Takoma Junction and are on track to accomplish even more, in conformance with the task force recommendations, and we thank all community members for your very helpful advocacy and involvement.